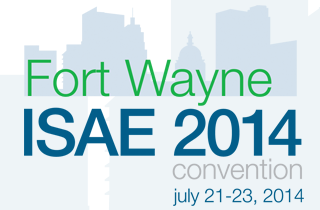 By tapping into the wisdom of your membership through crowdsourcing, you can access an almost unlimited supply of ideas for getting your association’s message across on your website.

Crowdsourcing enables you to disseminate your messages to a larger number of current and potential members.

Ed Schipul will take the audience through the fundamentals of how to use crowdsourcing to give a boost to their organization’s website content. He’ll give practical tips on:

-How to recruit and maintain guest contributors, bloggers and photographers
-The best ways to collect stories from members and turn them into content
-How to use your people on video to tell your story (i.e. volunteers, board)
-Using social media to collect ideas/stories
-Maintaining an editorial calendar and accountability

Throughout the presentation, Schipul will provide plenty of real-word examples of how crowdsourcing works to use the wisdom of your membership to disseminate your message.

The audience will learn:

Speaker Ed Schipul
Ed Schipul, CEO of Schipul – The Web Marketing Company, is an entrepreneur with more than 20 years of experience in marketing and software programming. His Houston based company developed the Tendenci software which powers more than 400 web sites and has over 1.4 million users. The company's broad client …

Ed Schipul, CEO of Schipul – The Web Marketing Company, is an entrepreneur with more than 20 years of experience in marketing and software programming. His Houston based company developed the Tendenci software which powers more than 400 web sites and has over 1.4 million users. The company's broad client base includes the Society for International Affairs, YMCA Houston, Metropolitan New York Library Council, Susan G. Komen for the Cure Houston, and Tony Chachere's. Schipul has been the recipient of awards such as the Aggie 100 (2005-2009), the Houston Fast 100 (2007-2011) and the Houston Fast Tech 50 (2004-2005, 2010-2012).

As a speaker, Ed has engaged audiences all over the country. He has presented at the Bulldog Reporter National Conference, PRSA’s International Conference, the Sarasota International Design Summit, Mom 2.0 and SXSW Interactive. Groups he has spoken to include the Public Relations Society of America, the American Advertising Federation, the Southeast Texas Museum Association, The Houston Technology Center, the International Association of Business Communicators and the American Creativity Association. Ed has also served as a guest lecturer at Texas A&M, the University of Houston and Rice University.

Ed has been published in national journals including The Public Relations Strategist, PR Tactics, Houston Business Journal, Association News and Nonprofit World. He blogs for Hearst Newspaper’s Houston City Brights and has been interviewed on NBC and ABC news as an expert on Social Media and Technology.