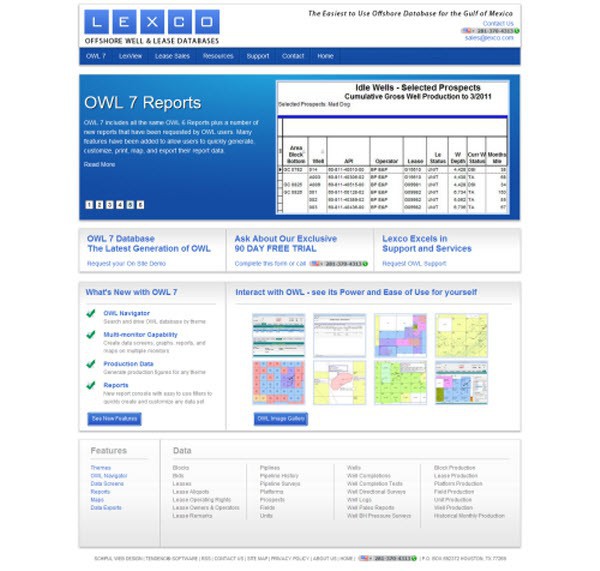 Lexco Data Systems, LP specializes in the collection and presentation of exploration and production data for the Gulf of Mexico via its Offshore Well and Lease (OWL) Database. Lexco is run by a small group of geologists with extensive major company experience in the Gulf of Mexico. This group allied itself with a very talented programmer and a well known Landman in the early 1990’s to create Version 1 of the OWL Database. Since then the same group has worked as a team for almost 20 years to produce successively more robust versions of OWL that have culminated in Version 7 released in January 2011. The development of OWL has been guided by the experience of the founding group and the varied needs of its customers.