Tendenci - the Open Source AMS is unique in that it is fully open source. There is nothing to prevent you to program additional apps that query your database directly.

However, yes, at times people would prefer to use an API to pull specific information. For that Django has several API integrations for your Association Management System such as:

django-tasty-pie is a REST based API to your AMS
https://github.com/django-tastypie/django-tastypie
The Django Rest Framework is also something the Tendenci community has been discussing switching to it as well.
http://www.django-rest-framework.org/

API's aren't mutually exclusive after all, right? You have options.

There are legitimate reasons to use an API. Examples include integration between a legacy mainframe system, ecommerce, or a development team that has chosen a different platform such as .NET or PHP.

Tendenci doesn't meet all of the functional requirements for everyone by design if there is a better system already out there.

Instead we work with great technology like machine learning. The open AMS community isn't focused on reinventing the wheel. It just doesn't make economic sense for a non-profit, or even a for profit company, to reinvent Amazon.com or Ebay.com. This is particularly true if you are causes-based association or non-profit given the expense.

Does Tendenci AMS work with other providers? Absolutely. Any provider with an API or that supports SSO or RSS or has their own technology like google tag manager.

Yes for the developer community the ever changing landscape can be challenging. Like the rapid growth of Python and the rapid decline of PHP we are seeing. But that's just part of being a programmer, it's more about logic than math, and the rest is just syntax. We have to move with the cheese.

We want you to succeed. That means you will need volunteers, students, and affordable developers in the future to continue to focus on your cause. We like the trends we are seeing! 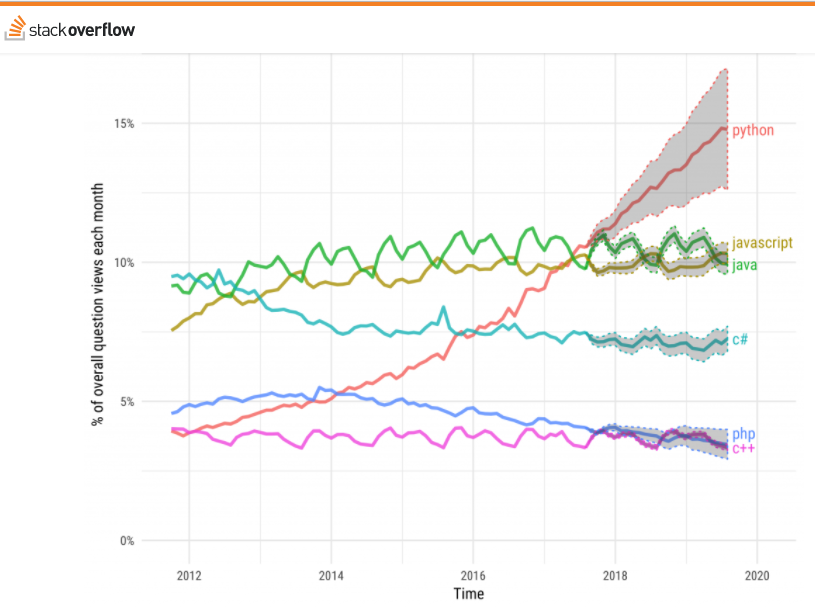 And it's good for all developers too. So when you recruit a developer to help with your Tendenci site, be sure to tell them they are working on the technology of the future, not the past. 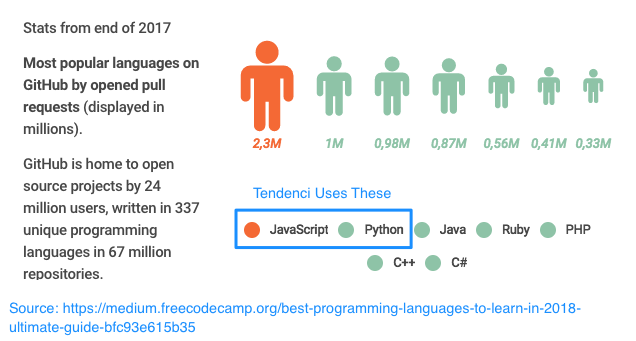